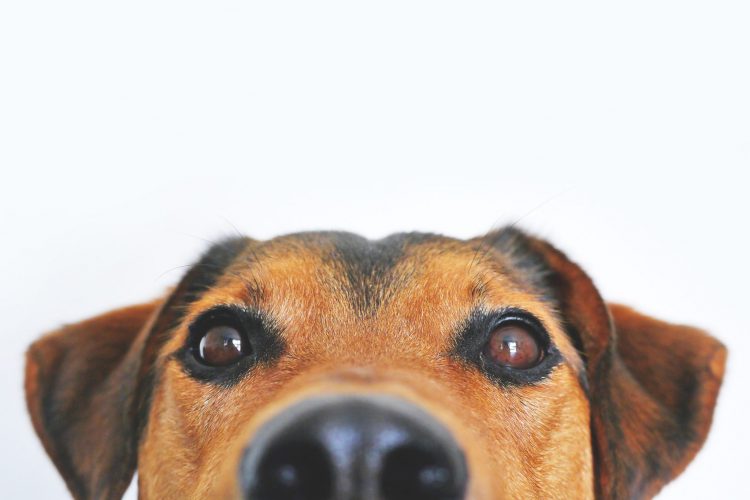 Man’s best friend. For 15,000 years we’ve been living in domestic harmony alongside dogs, but only recently have our furry pals been popping up more frequently at work.

Pooches in the office used to be confined to smaller indie businesses, but over the last decade, the bigger corporations have caught on, with both Amazon and Google (naturally) having their own office dog policies.

Ask any dog lover whether their workplaces should let Rover in, and you’d be hard-pushed to find any answer other than, ‘yes, obviously’. But it’s not an opinion that’s shared by all. So what are the pros and cons of office dogs?

Getting staff members away from desks has become a real issue in the workplace, and dogs get people in the office moving. Whether it’s a quick toilet break or a lunchtime stroll, dogs need walks and they won’t walk themselves. This stretches to workers who don’t even have dogs of their own – research found that dogless staff regularly ask to ‘borrow’ co-workers’ canines, encouraging exercise they might have never have taken.

Your dog might be sweet-natured around other humans, but it might hate Steve from sales’ furry friend. Though the feeling may be mutual between the humans, the chances of you both biting each other next to the water cooler is slim to none (but not entirely non-existent). Office politics can be tricky enough without literal dogfights.

Pros: It increases morale in the office

There is a reason dogs have been described as man’s best friend. A 2012 study found that employees who were allowed to take their dogs to work felt ‘less stressed’ and had higher job satisfaction than those who couldn’t.

Con: A badly behaved dog can be disruptive

You’ve got a deadline to meet, you’re almost there, you’re deep in the zone and then… you’re dragged out of it by a yappy dog. While many people have visions of chilled Labradors plodding around the office, not all dogs are made equally. A badly behaved hound can hinder the office more than it helps. To combat this at the dog-friendly Nestle HQ, they have a three-step ‘pawthorisation’ process involving questionnaires, behavioural assessments and strict probation periods to ensure only the most polite pooches make the cut.

As anyone who walks a dog outside can tell you, it promotes social interaction with those you wouldn’t usually get the chance to speak to. And it’s the same in the office. Those in larger offices will tell you that they’ll get relative strangers or people from other teams they’ve never chatted to before stopping them to fuss Fido. It could well turn out to be one of those serendipitous moments that starts an exciting new idea or project!

Apparently these people exist. Of course some staff members might have allergies, phobias or just a general dislike of dogs. Dogs in the office can really alienate these employees, and in some cases stress them out or make them ill. It could even put people off applying for a job with you. If you’re thinking of starting your own office dog policy and you’re in a smaller office, it’s smart thinking to moot the idea amongst staff members first.

Dogs are intelligent creatures, but they still can’t do your accounts. Give us a call or shoot us an email to find out more about our accounting services.

Next - What the Spring Statement Means for Small Businesses Previous - IWD 2019: The Best of the UK’s Female Entrepreneurs