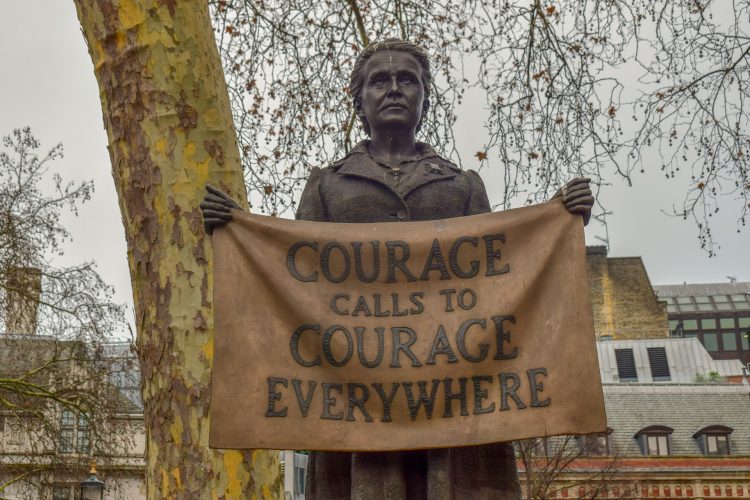 While International Women’s Day celebrates kickass women from all over the world, The Guardian aptly chose today to break the story that Britain’s biggest companies are lying through their teeth about the apparent struggle they face trying to find female and ethnic minority directors.

Back in 2015, Lord Davies wrote a report for the government, tackling the issue of females (or lack of) in the boardroom, and set a goal to have women make up 30% of board members. That number is thankfully on the up, but there’s still plenty of work to go – the disappointing and oft-quoted fact that there are more CEOS called David than female leaders of FTSE 100 companies still stands.

So in honour of International Women’s Day 2019, and women everywhere making it for themselves, here’s our shout-out to some of the UK’s most inspirational female entrepreneurs.

Baroness Fox co-founded lastminute.com towards the end of the dotcom boom, eventually selling it for a whopping £577m. A hugely influential presence in the business world, she now sits on the board for multiple massive brands including Marks & Spencer and Channel 4, as well as being the chairman for her digital skills charity, Go ON UK.

Add to the fact she was the youngest woman to be made a peer in the House of Lords at the tender age of 40, her ongoing philanthropic and human rights campaigning and her initiatives to help start-ups, it’s easy to see why she’s made this list.

Anne-Marie started her illustrious rise to the top at a young age. At 11 she was the first ever female to pass Computing at A-Level, and was 20 when she completed a Masters degree in Mathematics and Computer Science at Oxford.

Just three years later she founded the social enterprise, Stemettes which encourages girls and women between the ages of 5-22 to take up careers in the STEM fields (Science, Technology, Engineering and Maths). She was awarded an MBE at age 26. Considering she is not even 30 yet, we can only imagine there are even bigger things to come.

Opening her first store in 1997 with just £15,000, Kidston and her distinctive floral prints soon became a household name. From humble beginnings, her empire now spans over 200 stores across the world, is worth an estimated £250m, and her designs have even been seen on royalty.

Despite her lofty achievements, she has remained humble and realistic, with a good sense of humour – speaking about her often-twee designs she says, ‘People either love it and want a little bit of it very much, or want to stab us.’

Best known as the co-founder of notonthehighstreet.com, but now making a name for herself as a champion for small business, Holly Tucker earns a well-deserved spot on our list.

NotOnTheHighStreet took on a never-before-seen model and is now a multi-million pound company. Holly partially attributes her success to being able to forge your own path – ‘Small firms don’t have to copy big business,’ she proudly says.

She is currently running a new enterprise, Holly & Co, which helps small creative businesses to make it big. And with an MBE and a slew of awards already behind her, we’ll be following her success with great enthusiasm!

We love working with entrepreneurs – get in touch today to have a natter.

Next - Dogs in the Office: A Bright Idea or Barking Mad? Previous - Four Easy Ways to Simplify Your Accounts